The Jewish Community Center of Greater Pittsburgh works to enrich the community by creating an environment that strengthens the physical, intellectual and spiritual well-being of individuals and families. In March of 2014, JCC President & CEO Brian Schreiber and eight other JCC staff members attended a workshop with one of America’s leading male activists; Jackson Katz. Katz is internationally recognized for his groundbreaking work in the field of gender violence prevention education and critical media literacy.

The messages struck a chord with Brian. He eagerly agreed to sign the Fathers Day Pledge To End Gender Violence. As he thought about the commitment he had made, he realized that thousands of community members come through the doors of the JCC every year, and that he had the opportunity to engage them in a real conversation about violence prevention. And that is exactly what the JCC has done: 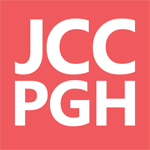 See more from:
Back to all Partners
QUICK ESCAPE
Click Here