“It is a majority of people who believe in respect, equity and nonviolent relationships,” said Kristy Trautmann, executive director, FISA Foundation, “and seeing how many of us are willing to publicly commit to these values helps us to be bold.”

University of Pittsburgh Chancellor Patrick Gallagher addressed the importance of ending campus sexual assault “because there should be no place for fear in a place for learning.”

Nearly a dozen men involved in the Mentors in Violence Prevention Cohort, led by Elio Wade from Family Services of Western Pennsylvania, also stepped up and said “NO MORE.”

After Pittsburgh faith leaders led the recitation of the pledge with the standing-room crowd, the public also signed the four-point pledge, an adaptation of “10 Things Men Can Do to Prevent Gender Violence” by Dr. Jackson Katz.

This event is part of the statewide campaign organized by Pennsylvania Coalition Against Domestic Violence (PCADV), PA Says No More and Southwest PA Says No More. The teal NO MORE symbol signifies a future free of domestic violence and sexual assault.

Pittsburgh became the first city in Pennsylvania to participate in the Father’s Day Pledge in 2014, and the first public signing event was in 2015.

As of June 17, nearly 1,200 southwestern Pennsylvanians have signed the pledge online. Add your signature here.

Click here to watch the event as it was live streamed. 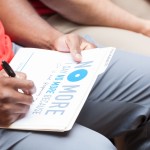 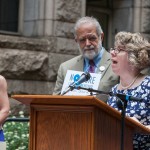 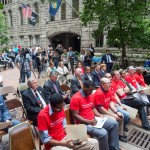 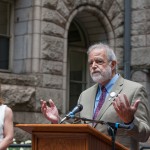 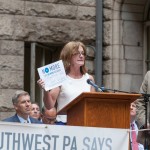 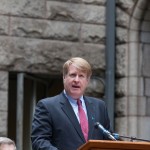 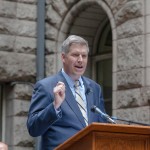 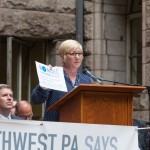 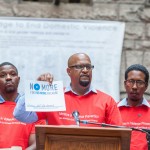 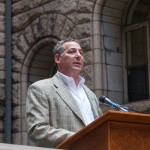 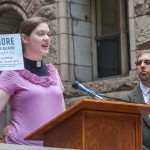 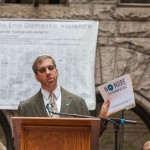 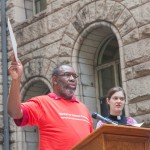 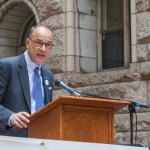 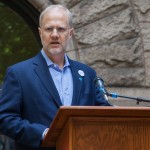 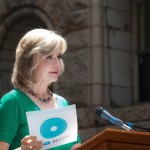 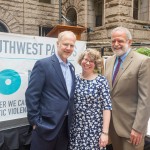 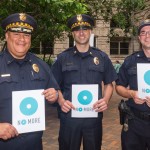 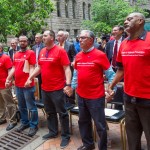 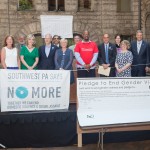