Pittsburgh’s teal pride was out in full force on Thursday, March 9 as partners and friends convened for Spirit of NO MORE, a celebration of the substantial progress that’s been made in preventing domestic violence and sexual assault.

Keynote speaker Jane Randel, co-founder of national NO MORE, inspired the audience with her story and the continued importance of the movement. “The goal of NO MORE Week is to reach the people who don’t think they have a connection to these issues,” explained Ms. Randel. “We want to open the doors to everyone…that’s really the spirit of NO MORE.”

Throughout the program, attendees heard inspiring stories, testimonials and calls to action from representatives of Southwest PA Says NO MORE’s committed partner organizations.

Attendees were immersed in the Spirit of NO MORE through the prominent Voices in Prevention Project gallery, a series demonstrating the strength in our collective voice as our community speaks out together to say NO MORE.

More than 30 local organizations in attendance were recognized and honored with an award symbolizing their important role in the movement.

The program concluded with attendees chanting “We say ‘NO MORE.'” 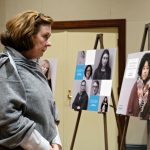 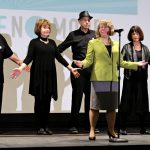 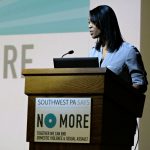 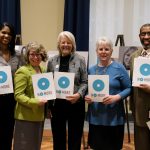 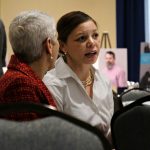 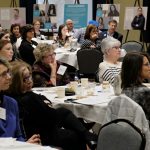 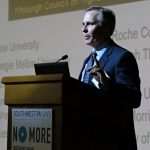