10.12.16 Comments Off on Women Leaders Join Forces to End Violence in SWPA

On a recent afternoon, women leaders convened at Hotel Monaco downtown to hear about Southwest PA Says NO MORE’s new and ongoing initiatives.

Coaching Boys Into Men, the Father’s Day Pledge to End Gender Violence, addressing partner violence in the workplace, and ending sexual harassment and assault in K-12 schools were all on the agenda for the first annual Women in Leadership Joining Forces to End Domestic and Sexual Violence gathering.

Candi Castleberry Singleton, founder and CEO of Dignity & Respect Inc, kicked things off with a personal story and a passionate plea: “I ask you today to do one more thing, invite one more person…you are women of influence; you get stuff done.”

Bob Nelkin, president and CEO of United Way of Southwestern Pennsylvania, spoke enthusiastically about Coaching Boys Into Men, an evidence-based prevention program that trains & motivates high school coaches to teach young athletes healthy relationship skills. “We will always be there for the [domestic violence] shelters, but now we’re also going to be there in a big way to prevent abuse from happening.”

Kristy Trautmann, executive director of FISA Foundation, shared jarring statistics about the prevalence of sexual assault and sexual harassment in K-12 schools: almost 50% of middle and high school students have experienced harassment, but few report it. Among other things, she asked women to talk to the leadership in their school districts about policies that would address sexual harassment and assault.

Grant Oliphant discussed the Father’s Day Pledge to End Gender Violence, a campaign aimed at getting more men involved in the movement to end domestic and sexual violence. He spoke about the importance of taking a pledge. “It’s about setting intentions,” he said, “We need the men in your lives and your workplaces to get involved.”

The women in attendance were asked to commit to at least one concrete action step. Many left feeling inspired and ready to use their leverage to put an end to domestic and sexual violence in their spheres of influence. 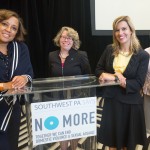 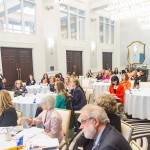 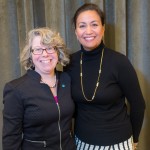 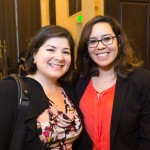 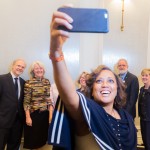 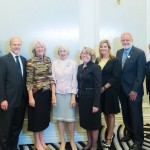 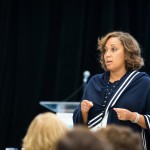 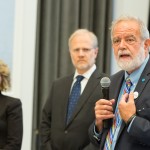 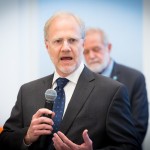 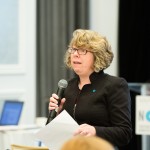 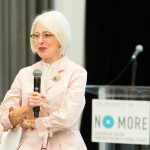 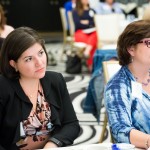 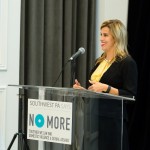 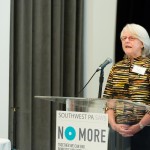 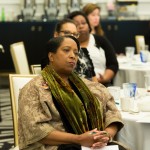 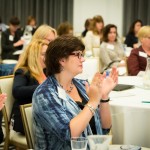 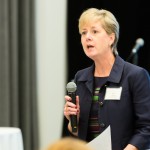 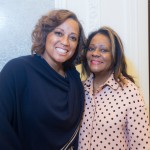 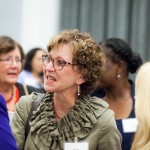 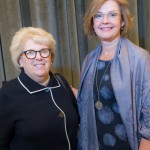